I’ve finished a self-published thing that I feel good about, even though its subject is a massive bummer and even though this is kind of a weird time (given the state of the world) to be putting out something so interior-focused and solipsistic. In a way, it functions as an excuse for why I haven’t been very productive with previous projects; it’s also something I just felt compelled to do.

Nine Faces of Nothing is a 60-page small-format black-and-white comic collection that looks at the experience of major depression from different angles and in different styles. Some of it is directly autobiographical; some is pretty abstract; there’s some comedy, some very grim stuff, some grim comedy, the kind of self-indulgent formal experimentation that I find hard to resist, and also an adaptation of an early 20th century Gothic classic by someone even less sane than me. I can’t say I have any great insights, and there’s no advice here at all, but maybe it at least succeeds at making visual drama out of some of the failure modes of human consciousness.

The paper version is in my Etsy shop; you can also get a digital copy from Gumroad.

This isn’t exactly new, but I hadn’t put it online before. It’s Jack London’s story of how disaster came to the futuristic world of 2013. I removed all of the action and exactly 97.95% of the words; otherwise it’s basically the same thing. 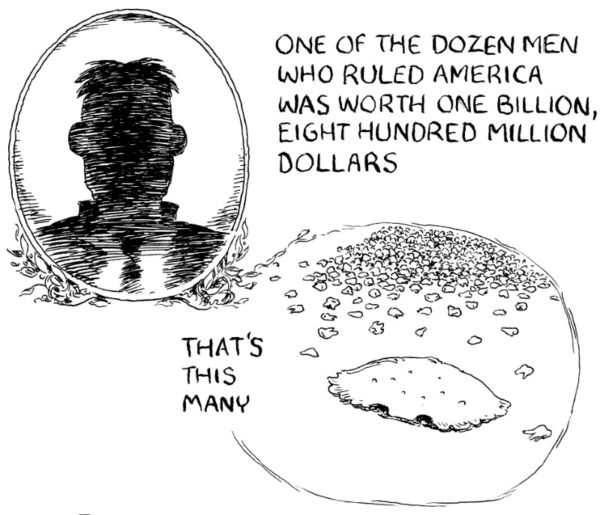 If anyone’s been wondering about Busybody #2……. last fall, I was getting close to done with it. Then a bunch of stuff happened. I don’t know what the plan is now, but I do hope to continue some day.

*
Day of the Devourer

Here’s a new 8-page comic about compulsive behavior and how on the Internet no one knows you’re a wolf-man. Also, some naked butts. 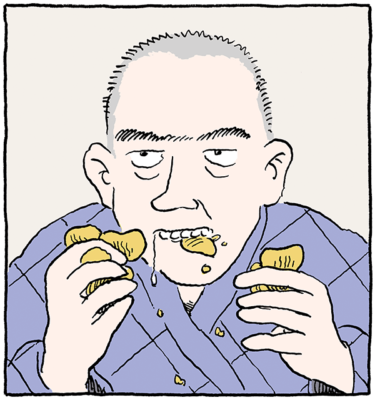 New stuff in the Etsy store: 1. the ridiculously labor-intensive paper version of “Spex”; 2. 8.5×11″ inkjet prints of an illustration I’m pretty happy with; 3. a short minicomic collecting two hospital-related stories that are otherwise hard to find in print.

Here’s a slightly interactive comic that’s not safe for work, unless your job involves a lot of nudity. If you’ve seen X: The Man with the X-Ray Eyes, you might have some idea where this is going but it ends up in a different place, thank goodness—actually it ends up one of two ways, depending on how long you linger over the second part of the comic (pay attention when a red progress meter appears). Click the misleading ad below to read the whole thing. 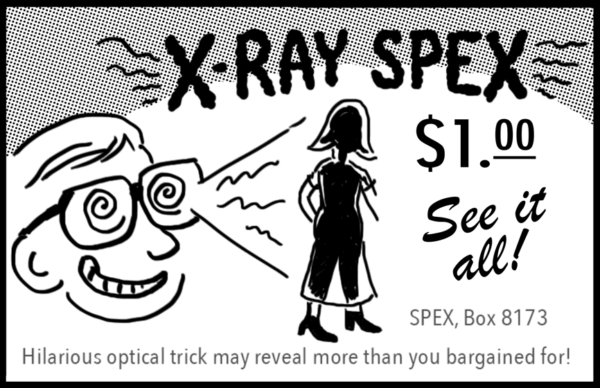 This was originally made for a webcomics workshop taught by Joyce Rice, who gave some very helpful feedback but isn’t responsible for anything terrible about the comic.

For more about the actual object that inspired this, see Wikipedia. 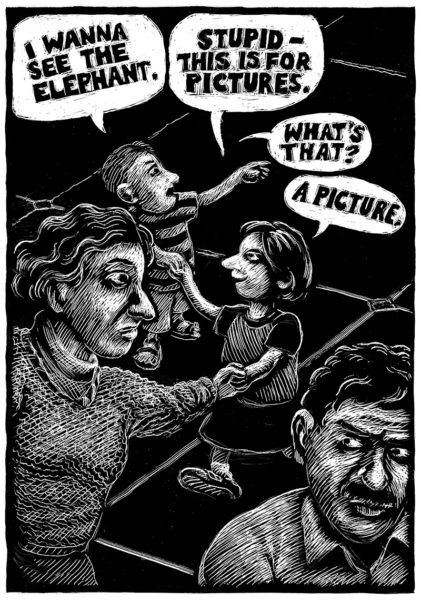 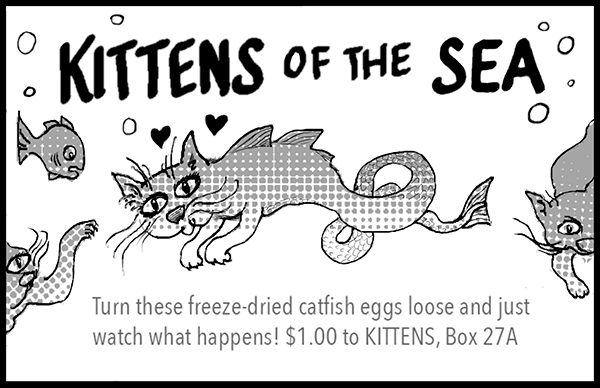 nostalgia for false advertising of yesteryear 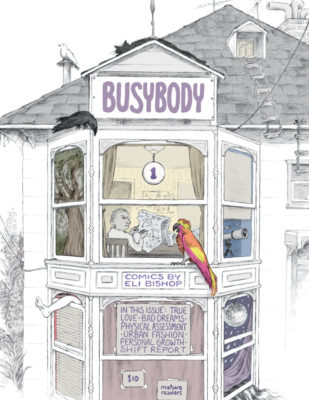 Hey, I made a new minicomic—supposedly the first in a series. It has big pages, color, expensiveness, humor, fear, fantasy, realism, dreams, health care, and all kinds of stuff.

You can find out more about it here.